Yesterday morning I had posted that the chances of snow looked pretty slim and prospects were pretty muddy going forward.

Well...yesterday, the models trended west with the system that is expected to slide off the east coast. For this reason, a more "significant" snowfall is seemingly likely. While this won't be an outright snowstorm, a light to moderate event is likely. One thing to note is that the cutoff will be quite sharp. In other words, you will not have to go far to go from 4 inches of snow to nothing. We'll get into the specifics below.

As mentioned above, a coastal storm system will track off of the east coast later tonight and tomorrow. With the storm track now expected to be a little to the west of prior forecasts, snow will become likely very late tonight and throughout the day tomorrow. The upper level portions of this storm system have improved a lot over the past 24 hours. Snow will become likely by the wee hours of Saturday morning. The National Weather Service has issued a Winter Weather Advisory, which is in effect from tonight until 4:00pm Saturday afternoon.

Heavy snow is NOT expected. However, light to at times moderate snow will be likely. The best chance at a little more snow will be to the south and east of the metro areas (this much has not changed). What HAS changed is the expected western extent. Light snowfall may make it as far west as the Blue Ridge. There may also be some upslope farther west over the mountainous areas of the area.


Road accumulations should be minor due to temperatures hovering around or just above freezing - but slick conditions are still possible...especially given the low sun angle at this time of year.

Total snow accumulations south and east of the area will be 2-4 inches in spots. In the immediate I-95 corridor, 1 inch to as much as 3 inches may be possible. Farther west, the accumulations will taper down to an inch or less or a coating in the farthest west areas.

What's the potential of this being a busted forecast?

I would say that we are probably pretty close to the "maximum potential" for this snow event. It's a fairly quick hitting event, which prevents it from being a more significant event. There IS, however, the potential for the storm to cut east again, which would reduce totals significantly. SNow is notoriously hard to get in this area.

Will post updates as we draw closer. Stay tuned!
By The Capital Region Pulse at December 08, 2017 6 comments:

The model runs today have given a bit of a welcome surprise for snow lovers! They have come west a bit with the edge of the precipitation for the Friday night and Saturday morning snowfall. The cutoff will be sharp from east to west - but the potential now exists for an inch or two of snow around and to the east of the metro areas. Accumulation on roads would likely be very limited.

A full update will be posted (with images tomorrow morning).
By Kenny Lorber at December 07, 2017 1 comment:

As promised, the colder weather has arrived. Chilly conditions will persist into next week with high temperatures ranging from the upper 30s to the mid 40s. This cold shot was well predicted by the model guidance.

The next topic of discussion is snow chances. While there will be a relatively weak system off the coast this weekend, the most it will do for our area is some scattered/isolated rain or snow showers. Further, most of this activity will be to the south and east of the metro areas. Snow lovers will have to continue waiting for something significant.


The middle and longer range models continue to show an trough over the eastern portion of the country. This translates to continued chilly temperatures. There are numerous pieces of energy in the flow that *could* produce some lighter snow events. However, prospects of bigger snowstorms seem relatively bleak for the next period. This is not to say that a rogue system couldn't pop up and deliver a 1-3 inch event.

Many DC area snowstorms tend to come on the relaxation of the long wave pattern (as discussed in the last post). This could translate to a snowstorm threat down the line - but certainly not in the near range of the forecast.

This period is a good example of the fact that cold weather does not always translate to increased snow chances. Often times what will happen is arctic air will flood so far south that storms become suppressed to the south and east (good example of what is happening this weekend).

The TL;DR is that snow lovers will have to wait longer for the first shot at a good amount of snow. Conversational flakes still seem possible over the next week or so - not enough to close schools or workplaces, however.
By The Capital Region Pulse at December 07, 2017 6 comments:

By the second half of the week, highs in the lower to mid 40s become more likely. There may be highs in the 30s sprinkled in into the weekend and early next week. From Wednesday into next week, highs will generally oscillate in the upper 30s to mid 40s. While these temperatures aren't "frigid," they will feel noticeably colder than the past few weeks.


Unlike the cold temperatures...odds of snowfall are much more uncertain. If one looks at the past few GFS runs, the odds of anything more than light snow or flurries seem pretty low. However, uncertainty is pretty high with the pattern we are entering into. There will always be chances for light to moderate snow events to develop in the short to mid range. Snow events are notoriously difficult to predict far in advance (except in a few very rare cases like February 2010).

There will be a weak coastal storm that may scrape extreme eastern portions of the region towards this weekend. The last few runs of the GFS have shown a bit of a trend west. Nonetheless, this won't be a significant precipitation producer by any means...odds of a few snow showers or rain showers are definitely there though.


After this weekend, some odds do exist for clipper type systems to bring light snow accumulations to the area. However, these types of systems do not become apparent in the flow until short lead times. I'll continue to monitor and post updates if any more legitimate threats evolve.

Despite cold temperatures, odds of anything *significant* snow seem low throughout the period. Of course, this is subject to change. Take a look at the GFS model from start to finish...not a whole lot of precipitation to speak of. Cold and dry might be the rule for a while.


Snowstorm threats, however, do tend to be more likely as the pattern relaxes...so it is possible that a more substantial snowstorm threat may develop as we approach a relaxation of the long wave pattern later in December.
By The Capital Region Pulse at December 05, 2017 No comments:

The mild weather that has been with us for the past week or two is coming to an end. A strong cold front will be passing through the area later on Tuesday and into Wednesday. Temperatures on Wednesday may actually fall during the day. High temperatures will be in the 40s later in the week, and 30s for highs may arrive by the weekend or early next week.

The big question I've been being asked lately is when the chances for snow will be arriving. I'll start to poke around that question below.

Late this week and into this weekend, there will be a few shots at some snowflakes in the air. A weak coastal storm will develop well off the coast on Friday and may allow for some flurries to fly in the area. At this time, the forecast models predict that this will be too far east for much at all.


A potentially higher chance at snow showers comes into the weekend. Keep in mind, no models indicate a large snowstorm or anything more than a small amount of snow. But the odds are increasing at flakes in the air. Of course, I'll continue to monitor the latest information and model guidance to keep you posted on any changes in this forecast. For now, simply expect colder temperatures and a few small chances at some light wintry weather over the next week or so.

By The Capital Region Pulse at December 04, 2017 No comments: 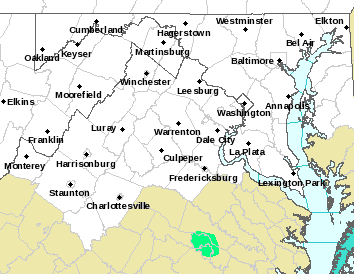